Rangers defender Madjid Bougherra admits he is delighted with his side's start to the UEFA Champions League campaign. 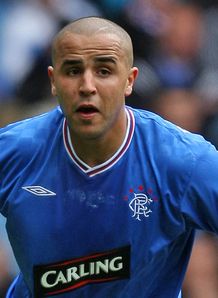 Gers currently sit second in Group C after a win over Bursaspor and a draw away at Manchester United.

are the visitors to Ibrox on Wednesday night and after a 100 per cent start to the SPL campaign, the Glasgow giants will be looking to continue their excellent run in Europe.

last term, when they were trounced at home by both Sevilla and Unirea Urziceni, and Algerian Bougherra

is drawing on the disappointment of last season for motivation.

"I'm very happy with the way the Champions League has been going for us so far," he said in the Daily Record.

"Last year we didn't win any games and now we've won our first game against Bursaspor, so with four points we are in a good position.

"I think the difference between this season and last is the squad is more experienced. Last year some of them didn't have the Champions League experience and we struggled. When the tournament finished we had many regrets.

However, Bougherra is urging caution and admits anyone can still qualify from the group.

He added: "But it is just two games. It is still early. The group is still very much open but we have another two games at home to help us qualify.

"We need to show we can play in Europe and so far it's been good."