Wednesday's Scottish Premier League game between St Johnstone and Rangers at McDiarmid Park has been postponed because of weather conditions. 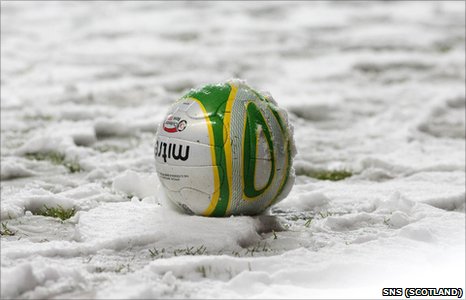 Despite the requirement for undersoil heating, the SPL suffered two postponements on Sunday.

And there was due to be a full card of six games on Wednesday.

Two First Division matches, at Dunfermline and Falkirk, are scheduled for that evening, with all games likely to be the subject of pitch inspections.

All but one of the Scottish Football League fixtures scheduled for Boxing Day were postponed.

And, on Monday, it was announced that the three Scottish Cup ties still outstanding from the third round and due to be played on Tuesday would be postponed for another week.